Hello Colleagues!! Things are definitely busy if I don't have time enough to get back to updating websites, then again as a "mostly" one-person band I guess I can't always grow extra arms and legs on demand, though I try. In fact in many ways this year has certainly felt more like Gondwana is functioning more as a collective entity due to a wide variety of different projects and involvements with Associates. A huge feature of this year has been an association with Jon Teasdale and Geognostics. The work of Geognostics in understanding plate tectonics and basin evolution is a natural partner for the work of Gondwana Geoscience in geophysical and geological modelling and interpretation, so this has led to some fruitful joint projects in the oil and gas sector and this is likely to continue to grow in the future. Another feature of the year has been re-invigorated partnership with Intrepid Geophysics in software testing and training, which has led to some fascinating trips to India and Uzbekistan to undertake geophysical processing and geological modelling training missions. The SE Asia sector has quietened down somewhat compared to 2016 and 2017 with some projects wrapping up and just one conference, in Yogyakarta back in April. However, I expect this region to re-merge in focus in 2019 especially with Seapex looming. I was able to present at two conferences this year, AEGC Sydney and EAGE Copenhagen and talk about Gradiometry Interpretation, an under-developed topic but with an exciting future, I expect this paper to turn into a full journal article fairly soon. Speaking of Gravity Gradiometry, QC work has continued for this within Australia with a major role assisting the Geological Survey of Victoria in their Otway Basin Falcon AGG and Magnetics Survey. This will be a public domain dataset at high resolution over a large area of prospective interest in hydrocarbons and fringing into minerals provinces, so I expect the data will play a valuable future role as both an exploration tool and an accessible dataset for testing the power of gradiometry and potential fields. Basin modelling work in Central Australia this year has shown that Gradiometry will be a highly viable technique for folded and tectonically complex hydrocarbon provinces. Some focus has shifted to London and Africa this year also, as well as attending the SEAPEX/PESGB Exploration Conference this year and working with some UK-based clients, I will also be representing Gondwana Geoscience at PETEX 2018 in London next week. There is no doubt that as the US is shifting to unconventionals, the centre for conventional exploration in hydrocarbons is heading towards London, which is a an optimistic preface for EAGE London 2019 which should be huge. I will be closing out the year with another look at minerals exploration, returning home to Adelaide for the annual SAMEC minerals exploration wrap-up in the first week of December. As the SAREIC conference earlier in 2019 stated, minerals exploration remains quiet, particularly in potential field geophysics, but there is optimism that the huge Gawler Craton Airborne Magnetics Survey will help to change this. So all in all it has been a very exciting year, and I look forward to seeing you in London at PETEX and Adelaide at SAMEC!!! The year's not over yet!! 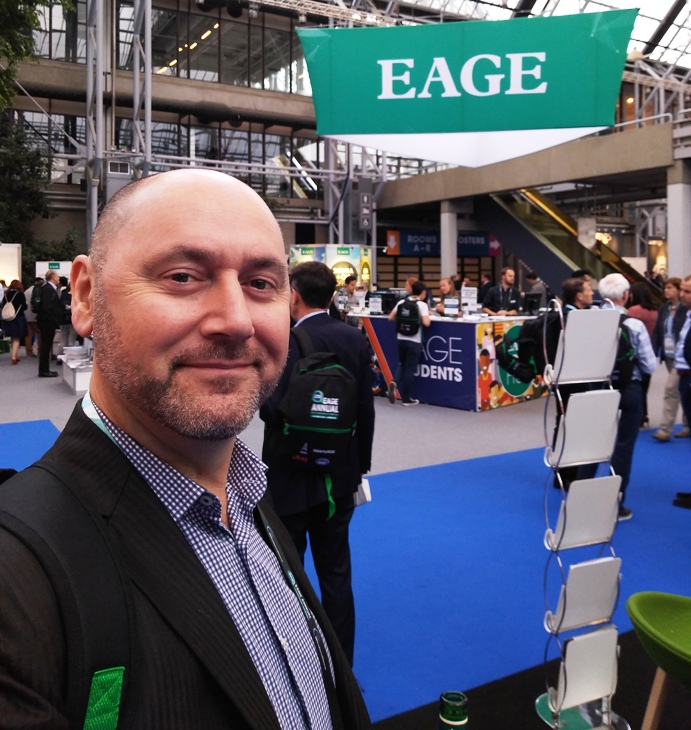