Gondwana Geoscience was founded in January 2016.

The term “Gondwana” is inspired by the location of the founder’s office, but also by the outreach of the business and its principal associates who are based mostly in the southern hemisphere, but have worked and researched across the globe. The term is also used to inspire the idea of the implied geological history behind every geological or geophysical model or interpretation and their place in defining the story of our planet.

Although the chief background of the founder lies within geophysics and structural geology, the ultimate intention of Gondwana Geoscience is to provide a resource for explorers wishing to carry out studies requiring information across geoscientific disciplines. Core services in geophysics and geological modelling and interpretation will be provided initially with links to other services via associates and software resources.

At present Gondwana Geoscience is a registered Australian Business. 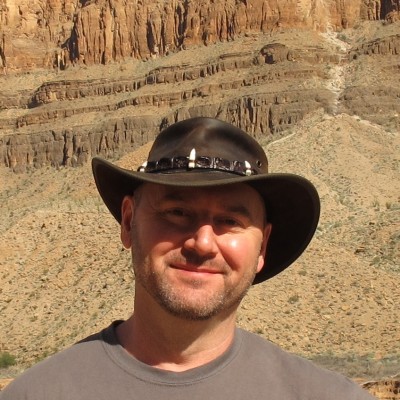 Founder and Principal of Gondwana Geoscience.

Matthew graduated from Flinders University in 1998 with a BSc in Geology and Geophysics, and performed a postgraduate Honours Degree in Geophysics at the University of Tasmania in 1999. He spent several years working on a contract basis as a Field Geologist and Gravity, Magnetics and EM Processing Geophysicist in remote parts of Australia before finding full time employment at CGG as a Marine Seismic Processor. A desire to move from processing to interpretation saw him take a contract Geophysicist/Geologist role at the Western Australian Geological Survey, where he developed his skills in geophysical interpretation and 3D Geological Modelling in the Yilgarn and Gascoyne regions of WA. After completion of this contract Matthew worked for Ark Geophysics (later Arkex) in the UK in Geophysical Modelling and Basin Interpretation before returning to Australia. Matthew worked as an Exploration Geophysicist for a Uranium and Base Metals Explorer before becoming an Industry Consultant, initially in Geothermal Exploration and later in Base Metals, Gold, Uranium and Hydrocarbon Exploration, performing processing, interpretation, QC and modelling services. Matthew began publishing case studies and appearing at international conferences. A long association with Intrepid Geophysics developed over this time, becoming an expert in 3D Geomodeller and Intrepid Software, led to him taking a full time role at Intrepid Geophysics in 2013, becoming Manager of their GeoIntrepid services area. Matthew ran many courses instructing software, geological and geophysical modelling and interpretation, represented Intrepid Geophysics at many international conferences and published further geoscientific case studies, in addition to processing, modelling, administrative and customer support work. Matthew returned to Adelaide in 2016 to found Gondwana Geoscience.